I would like to announce the release of Qubes RC1. The installation ISO and instructions can be found here. 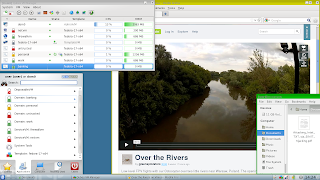 This release is expected to essentially be identical to the final 1.0 release, which will likely follow in the coming weeks, except for some minor, cosmetic fixes.
Comparing to the previous Beta 3 release, the major changes and improvements in this version include:
So, again, this is almost the final release, please test it and report any problems to the mailing list, so that we could fix them before Qubes 1.0 comes out officially.